Vertonghen desperate for Lloris to stay 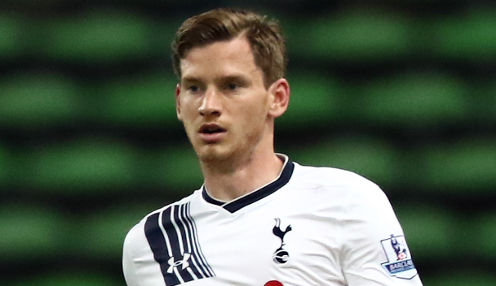 Tottenham Hotspur defender Jan Vertonghen believes that it is crucial that his club keep France goalkeeper Hugo Lloris at White Hart Lane for next season.

The 28-year-old keeper has been heavily linked with Manchester United since the end of the Premier League campaign, with the Red Devils preparing for the possible exit of David de Gea to Real Madrid.

If you want to continue growing as a club you have to keep your best players.

However, Vertonghen is desperate to see his colleague stay put and help Spurs push on to try and challenge for a top-four finish next term, having seen head coach Mauricio Pochettino vow to retain Lloris.

“I hope Tottenham can keep him. It will be a sign for everyone next year where we are going to compete the in the Premier League.

“Hopefully we can continue pushing for fourth. We have got four, five big teams ahead of us at the moment, but we have to find a way to beat them.”

The men from north London finished in fifth place in the Premier League last season, winning their final two games to pip Liverpool by two points, while they ended six points adrift of fourth-placed Manchester United.