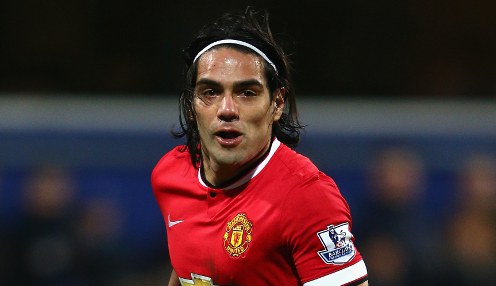 Manchester United will not be rushed into making a decision on whether to keep Radamel Falcao, manager Louis van Gaal has said.

The former champions completed a £6million season-long loan deal for the Colombia striker on deadline day last year. The arrangement includes an option for van Gaal to buy the 29-year-old for £43.5million at the end of the season.

“You know the situation with Falcao. At the end of the season, we shall decide.”

The former Atletico Madrid marksman appeared to signal the end of his stay at Old Trafford when he waved goodbye to fans at the end of the club’s final home game of the season against Arsenal on Sunday.

Van Gaal would not be drawn on whether the club intend to take up the option to keep Falcao and played down the significance of the gesture.

The manager told reporters: “You know the situation with Falcao. At the end of the season, we shall decide. You have to ask him if he was waving goodbye and then quote him. You are only assuming.”

Falcao earned the reputation as one of the most feared strikers in Europe in a devastating spell at Vicente Calderon in which he scored 52 goals in La Liga in just two seasons.

He was linked with a host of European powerhouses, including Arsenal, Juventus and Real Madrid, but joined Monaco for £50million in May 2013. His time in the Principality was curtailed by a serious knee injury which forced him to miss the World Cup in Brazil last summer, although he did return to score two goals in three games at the start of the season.

Relegation-threatened Hull City are currently priced 3.20 in the match betting on the final day of the season and the draw outcome is quoted in the same market at 3.50. Manchester United are available to back at 2.15.