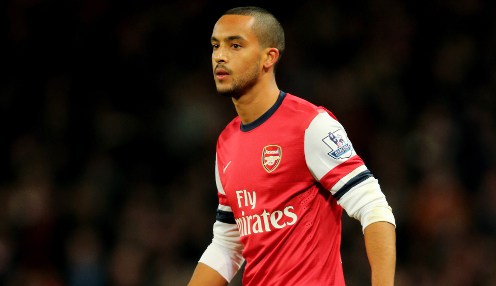 Theo Walcott wants Arsenal to challenge for the Premier League next season after their FA Cup triumph.

The Gunners thrashed Aston Villa 4-0 at Wembley on Saturday as they successfully defended their FA Cup title but they fell short in the league as they finished third, 12 points behind champions Chelsea.

Walcott, who grabbed the opener against Villa, now has his sights set on the Premier League trophy.

Arsenal have been in impressive form since the turn of the year but they endured a sluggish start and Walcott feels it is vital they avoid a repeat of their early season struggles when the new campaign gets underway.

“The Premier League has to be the next target for us,” Walcott told the BBC.

“That’s two FA Cup wins now but this is one of the best squads we have had at Arsenal so we should be achieving more. We need to start well in the Premier League next year.”

Boss Arsene Wenger insists Arsenal have the quality to secure the league title.

He said: “Of course I think we can push on. Why not? We have won the league in the past when we have had potential to do it and that’s what we want to do again.

“That’s what we want to show next season but you also don’t know how good the other teams will be.

“It is about consistency at the top level and in the past we have won leagues when we have been consistent.”