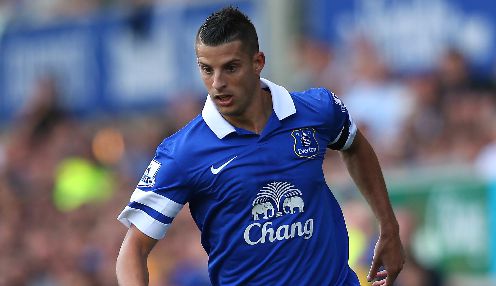 Louis van Gaal said he had a “feeling” Manchester United would struggle against Everton at Goodison Park on Sunday from watching the warm-up.

The former champions lost a second straight game when crashing 3-0 on Merseyside and have now slipped to fourth in the table.

“I had the feeling; the warm-up was not so good.”

The visitors were behind after just five minutes through James McCarthy before John Stones and Kevin Mirallas completed a miserable afternoon against Roberto Martinez’s men and manager van Gaal questioned his players’ approach.

“I had the feeling; the warm-up was not so good,” he told reporters.

“In the last minutes before the game you hope you can recover and stimulate your players but then it is too late.

“You have to prepare the match already two or three days before and Everton have done that and they have won because of that.”

United have a seven-point gap over bitter rivals Liverpool with just four games left to secure qualification for the Champions League next season.

The former Netherlands coach said he felt his players were second best against Everton and revealed he fears a repeat performance between now and the end of the season.

“This is the first match that the other team have shown more fighting spirit than us,” van Gaal added.

“Our motivation, inspiration and aggression was not as high as the opponent. When you see the first goal, three duels in a row we lost and that is an example.

Manchester United are currently priced 1.04 to secure a top-four finish in the Premier League at the end of the season.