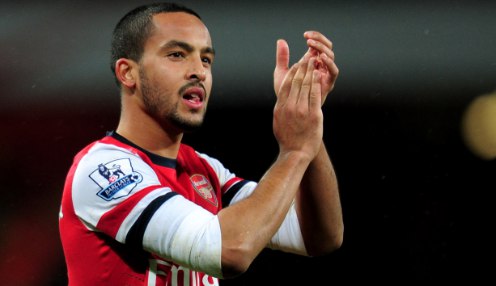 The former Southampton star’s current deal runs out at the end of next season but the Gunners are hoping to tie the forward down to a long-term contract in north London.

Wenger believes both parties are looking to get a deal over the line and he is in no panic about Walcott’s future.

He said: “We are already talking to him.

“When you go into negotiations with a player it is with a desire for him to stay. He looks keen to do it and I am keen to do it, so let’s see what comes out.

Walcott will be hoping to be involved on Monday when Arsenal face Swansea City at the Emirates.