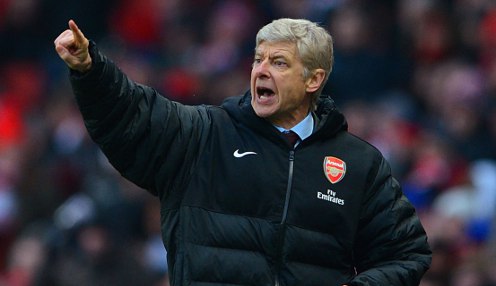 Arsenal manager Arsene Wenger has said he expects to lock horns with rivals Manchester United in the summer transfer window.

Old Trafford counterpart Louis van Gaal kick-started his close-season plan of attack with the capture of Netherlands forward Memphis Depay from PSV Eindhoven earlier this month and revealed on Friday he has replacements lined up if Spain goalkeeper David de Gea quits the club for suitors Real Madrid.

“It looks like they are very active and you expect them to come back with some strong buys.”

Speaking ahead of his side’s visit to Old Trafford to face the former champions on Sunday, Wenger told reporters: “It looks to me that they are on the market because every player I am offered I am told Man United is on the case as well.”

Wenger is expected to mount his own assault on the transfer market as soon as the season ends and thinks van Gaal could be his biggest rival in the race to secure some of Europe’s hottest talent.

“It looks like they are very active and you expect them to come back with some strong buys,” the Frenchman added.

“But they already have a very strong squad. If you look at their squad it is top quality already.”

Wenger has been linked with a move for experienced Chelsea goalkeeper Petr Cech but has so far refused to discuss transfer targets.

The north London giants have three Premier League games outstanding and will end the season with the chance of FA Cup silverware against Aston Villa at Wembley on 30th May.

Wenger said he will only start the process of strengthening his squad once the season has ended and the 65-year-old added: “We will start at the end of the season.”

Manchester United are currently priced 2.62 in the match betting and the draw outcome is quoted 3.40. The away win is available to back at 2.87.