Wenger tips Burnley to stay up 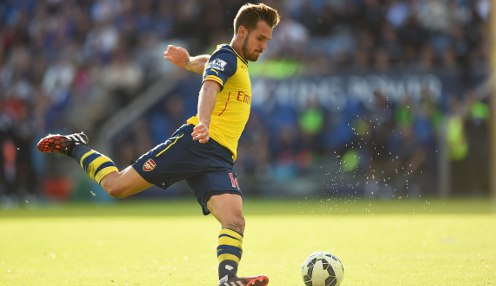 Aaron Ramsey scored the only goal of the game at Turf Moor.

Arsene Wenger admitted that his Arsenal side’s display in the 1-0 victory at Burnley had not been particularly fluent.

Aaron Ramsey scored the only goal of the game in the 12th minute as the Gunners clinched their eighth Premier League victory in a row to move to within four points of leaders Chelsea, who they play at the Emirates Stadium on 26th April.

Arsenal, 1.28 to beat Reading next weekend in the semi-finals of the FA Cup, are now 26.00 to win the Premier League title outright.

Wenger said: “At the moment, Chelsea have two games in hand, but we keep going and that is the most important thing that we keep that consistency.

“That’s why the win was so important for us. It was a battling performance today, more than a fluent performance.

“Burnley were perfectly organised, to maintain organisation and pressing for 90 minutes, you have to congratulate the manager. I think they deserve to stay in the league.”

After the defeat, the Clarets can be backed at 1.57 to be relegated this season.