Wenger will stand by striker Giroud 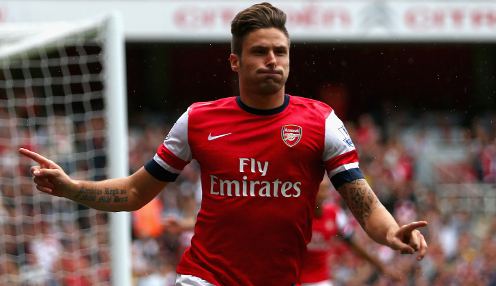 Arsenal manager Arsene Wenger has denied he will look to replace Olivier Giroud in the summer and defended the France striker’s record.

“We know all the system now of the modern media, especially on TV. I know how it works, they push you to be controversial because they give you a lot of money.”

The former Montpellier targetman Giroud missed three months of the season because of a broken leg and came in for criticism from a section of Arsenal supporters for his performance in the Champions League defeat to Monaco at Emirates Stadium.

He responded by scoring seven goals in 10 matches and Wenger said his former captain was wrong to single out Giroud.

“I think he is wrong,” said Wenger, who side travel to take on relegation-threatened Hull City on Monday night.

“It doesn’t cost to say that. He’s paid for that. We know all the system now of the modern media, especially on TV. I know how it works, they push you to be controversial because they give you a lot of money.”

Giroud, 28, has hit double figures in the Premier League in each of his three seasons so far in England and long-serving manager Wenger defended the £12million signing.

He told reporters in his pre-match briefing: “I can accept that is an opinion, but the comment on Giroud was a bit more wrong, especially because I heard the same thing being said about (Nicolas) Anelka, about Thierry Henry himself and about Robin van Persie, and they all became world class players themselves.”

Wenger added: “What I know is Giroud works very hard for the team and has fantastic mentality and if the team does well it is down to him and, if on top of that he scores 20 or more goals, he has done his job.”

Hull City are currently priced 5.25 in the match betting and the draw is quoted 3.80. Arsenal are available to back in the 90 minutes market at 1.75.