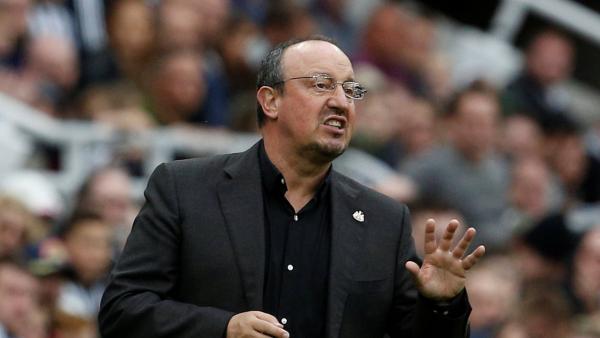 It’s the race nobody wants to win but, when it comes to the betting on which Premier League manager will leave first in 2021/22, Patrick Vieira and Watford boss Xisco are the favourites. Max Liu has the lowdown…

The Premier League 2021/22 season starts in less than three weeks and, when it comes to betting on which manager will lose their job first, Patrick Vieira and Xisco are the joint favourites.

Vieira was the surprise choice to replace Roy Hodgson at Crystal Palace and the odds indicate that the Frenchman’s tenure could be short lived. It doesn’t help that their opening match is away to Chelsea.

Xisco, meanwhile, got Watford promoted from the Championship last season but the Hertfordshire club’s owners have shown that past achievements count for nothing when the team’s form takes a nosedive. He will hope they build on last season’s strong finish when they start at home to Aston Villa.

Vieira and Xisco are both 6/1.

Pressure could be on Bruce and Hasenhuttl

Steve Bruce flirted with the sack – or so the betting said – more than once last season but stayed on to secure an impressive 12th place finish.

At 15/2, however, Bruce continues to attract attention in sack markets, in part because, if Newcastle do get new owners, one of their first moves may be to get rid of the current manager.

Ralph Hasenhuttl needs Southampton to rediscover they form they showed in the first half of the last campaign otherwise he could be in trouble at 10/1.

How will Bruno Lage 11/1 fare as Wolves boss as he succeeds Nuno Espirito Santo? The latter has taken over at Tottenham and is 14/1 to be dismissed if Spurs make a poor start.

You can get the same price on Rafael Benitez’s reign as Everton boss reaching an early conclusion. There are certainly plenty of Toffees fans who would welcome that.

Ole Gunnar Solskjaer and Mikel Arteta were, at various points last season, backed to lose their jobs at Manchester United and Arsenal respectively but manager to reverse their teams’ fortunes. Both are 16/1 as they begin seasons in which they will be under pressure again to deliver their clubs’ to their former glories.

After last season’s distant second place finish, United probably need to challenge for the title this term for Solskjaer to reasonably claim they’ve made further progress.

Who is the longest price in the sack race? Pep Guardiola at 100/1.

Things can quickly sour, though, as Jose Mourinho and Claudio Ranieri both know. They were sacked – by Chelsea and Leicester respectively – the season after they won the title, although neither was the first manager to be dismissed in either campaign.

You can get 50/1 on no manager leaving their job in 2021/22 even though that seems like the least likely outcome of all.