Wins are all that matter to Larsson 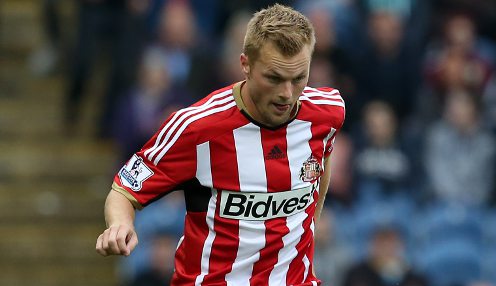 Seb Larsson knows only too well that Sunderland’s fate is still in their own hands as they attempt to avoid relegation to the Championship.

The Black Cats are in the bottom three following Leicester City’s recent revival and are 1.36 to be relegated heading into this weekend’s match against top-six chasing Southampton.

A draw at Stoke City last weekend appeared to be a good result but Dick Advocaat’s side slipped into the relegation zone for only the second time this season because of results elsewhere.

We’ve got nothing to lose. We’ve got to out and win games.

Hull City moved four points clear of the relegation zone by beating Liverpool on Tuesday so Sunderland are in dire need of a victory against the Saints as they now only have five games to go – the last two of which are at Arsenal and Chelsea.

Sweden international midfielder Larsson said: “It’s pointless talking about what we might do. We’ve done that all season and so far haven’t done it enough.

“Of course, we’re going to target all games, but we realise our last week of the season is very difficult, although not impossible. We’ve got nothing to lose. We’ve got to out and win games.

“We’ve got to win on Saturday and do everything to make sure we get the three points. We’ve got to win and get out of the relegation zone. We can’t rely on other teams to lose, because if that happens, we’re down.”

Sunderland can be backed at 3.75 to keep a clean sheet against Southampton and are 10.00 to beat Ronald Koeman’s side 1-0.