Young: United have the momentum 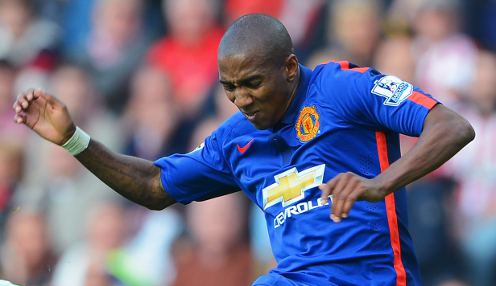 Ashley Young thinks the momentum is in Manchester United’s favour as they prepare to face fading Manchester City at Old Trafford on Sunday.

United have won their last five Premier League matches, including victories against Tottenham and Liverpool, and are now above City in the table following a 2-1 defeat for Manuel Pellegrini’s side at Crystal Palace on Monday.

It’s going to be a great game and hopefully we will get the three points.

City have won the last four derbies, but United can be backed at 15.00 to end that run this weekend, by winning the clash 2-0. Young is available at 6.50 to score at any time on Sunday.

“Obviously it is nice to be winning, but it is about that momentum,” said former Aston Villa star Young.

“United teams always come strong at this stage and we are showing in every game just how strong we can be – and even how we finish the game.

“We know it will be tough, but as long as we can play the way we have shown, especially in the last few games, and add to that, it’s going to be a great game and hopefully we will get the three points.”

City have slipped behind United in the Premier League table and are now fourth after winning just four of their last 14 matches in all competitions.