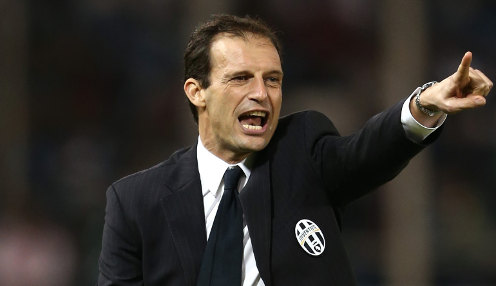 Juventus head coach Massimiliano Allegri has warned his side they face a tricky Champions League quarter-final second leg against Monaco on Wednesday.

The Italian champions are 1-0 up from last week’s first leg thanks to Arturo Vidal’s penalty in Turin and they will hope to see off the Ligue 1 side in Monaco and book their place in the last four.

However, Leonardo Jardin’s side saw off Arsenal in the last 16 and have proved to be a tough nut to crack in this season’s Champions League.

Allegri knows it will be far from a foregone conclusion in the Principality and is expecting a difficult evening at the Stade Louis II stadium.

“The clean sheet at home gives us a slight advantage, even though it won’t be straightforward,” he told the club’s website.

“We now know our opposition: they’re very well organised in defence and possess technique and physicality in forward areas.

“I’m optimistic, even though we know we’ll have to put in a good performance and score to reach the next round.

“They’re a complicated side to play against. Monaco don’t give you an inch out there.”

Monaco will be without injured duo Lacina Traore and Tiemoue Bakayoko, who both have leg injuries, while Vidal is a doubt for Juve with tonsillitis.

Paul Pogba (hamstring) and defender Martin Caceres (ankle) have both been ruled out for the Serie A leaders.