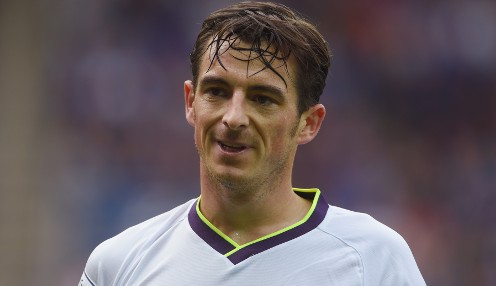 Leighton Baines is expecting an extremely tough game in Ukraine when Everton take on Dynamo Kyiv for the right to play in the Europa League quarter-finals.

Roberto Martinez’s side, fresh from a 3-0 victory against Newcastle United on Sunday, hold a 2-1 advantage heading into Thursday’s second leg of their last-16 Europa League tie following last week’s encounter at Goodison Park.

Kyiv went in front early on but Everton hit back to win the match thanks to goals from Steven Naismith and Romelu Lukaku.

It is really in the balance with them having the away goal but I fancy us.

However, former Wigan Athletic left-back Baines is expecting Dynamo to produce a spirited display in front of their own fans.

Everton are 1.53 to qualify for the last-eight and can be backed at 13.00 to win the Europa League outright.

Baines, 6.50 to score at any time against Dynamo, said: “They had a really good 20 minutes last week but then seemed to take their foot off the gas, although maybe we should give ourselves credit for that.

“Maybe in their league they are used to going a goal up and they’ve won the game. When they realised what was coming back at them, they seemed to wave the white flag and maybe they are not used to that.

“But I expect it to be a tougher game over there, it always is. We know we have a big task in front of us and it is really in the balance with them having the away goal but I fancy us.”