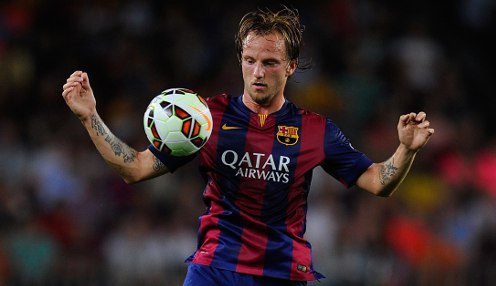 Barcelona midfielder Ivan Rakitic says the club are already thinking about landing more trophies next season after completing the treble by capturing the Champions League.

The Spanish giants were able to celebrate only the second treble in the club’s history on Saturday night in Berlin as they beat Juventus 3-1 at the Olympiastadion.

Rakitic opened the scoring for Barca, who missed plenty of chances before Juve levelled the match through Alvaro Morata in the second half.

Luis Suarez then struck to re-establish Barcelona’s lead and as Juventus pushed for an equaliser, Luis Enrique’s men struck on the counter-attack, Neymar firing home in stoppage time to seal the title.

The victory was Barcelona’s fourth in the competition in the last nine years, adding the Champions League to the La Liga and Copa del Rey trophies they had secured previously with their 50th win in 60 matches this season.

Barcelona are 4.50 to become the first team to retain the European Cup in the Champions League era next season, with domestic rivals Real Madrid 6.50 and this year’s runners-up Juventus 17.00.

Rakitic, who has been instrumental to Barca’s success following his move from Sevilla last summer, says the players are already thinking about trying to do back-to-back trebles next season as they look dominate Europe again.

“It’s a final, it’s normal that we had to suffer. They got into the game as it went on,” Rakitic told Sky Sports.

“But we deserved the win. I hope we don’t stop here, and next year there’s more to win and we want more.

“It’s unbelievable. I’m really happy not only for me but for all the team because we worked so hard for the whole year.”

Barcelona are 1.72 to retain their Primera Liga crown next season, while Real Madrid are 2.62 and Atletico Madrid 15.00.