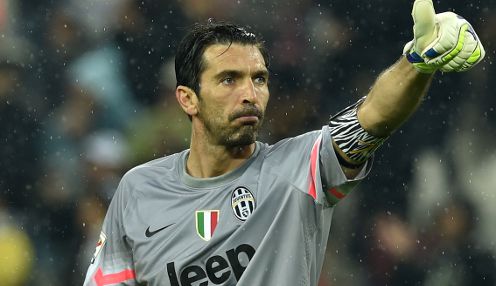 Veteran Juventus goalkeeper Gianluigi Buffon says his side will be definite outsiders when they take on Barcelona in the Champions League final in Berlin next Saturday.

The Serie A and Coppa Italia winners put paid to holders Real Madrid in the semi-finals of the competition, but Buffon is expecting an even tougher task when they face Barca in the European club showpiece.

We want to show and prove to the rest that we can compete against this Barcelona team.

He told UEFA.com: “Against Real we might have had a 35 per cent chance of making it past them, so I guess the chances of now winning the trophy against this Barcelona side are even slimmer.

“We are aware of this and we can’t deny it, because it’s just obvious.”

Juve can be backed at 5.50 to defeat Barcelona in 90 minutes in the Olympiastadion, while they are 23.00 to triumph after extra-time and 15.00 to lift the trophy following a penalty shootout.

Meanwhile, Bianconeri head coach Massimiliano Allegri says his defenders will need to adapt to try and cope with the dazzling three-man Barca frontline of Lionel Messi, Neymar and Luis Suarez

He added: “Man-to-man marking of Messi whilst he’s on the move is practically impossible. We need to have conviction and anticipate his moves.

“We want to show and prove to the rest that we can compete against this Barcelona team. We need to play a tight game.

“We are aware of the quality of Messi, Neymar and Suarez and especially that of Andres Iniesta. We know that Barca are a quality team and play a brand of football that is unique.”

Meanwhile, veteran defender Andrea Barzagli remains a doubt for Juve due to a muscle problem in his right thigh, with Kwadwo Asamoah and Martin Caceres also struggling to be fit in time for Berlin.