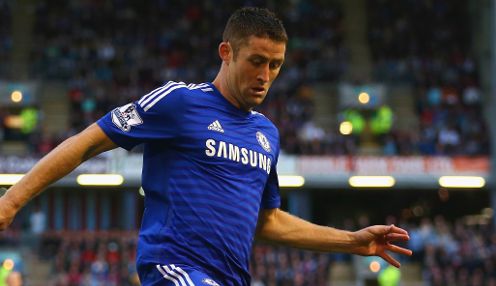 Chelsea defender Gary Cahill is hoping the momentum from the recent League Cup win can be taken into the Champions League last-16 second leg against Paris Saint-Germain.

The Blues defeated Tottenham Hotspur 2-0 in the final at Wembley on 1st March to hand Jose Mourinho his first bit of silverware since returning to the club last season.

A 1-0 success was then followed up away at West Ham United in the Premier League and this has kept the confidence sky high within the camp.

Chelsea knocked Laurent Blanc’s men out of the competition last season at the quarter-final stage, with a late-goal from Demba Ba ensuring the Blues advanced courtesy of away goals.

The current Premier League leaders will be hoping for a similar result once again and having earned a 1-1 draw away in France in the first-leg, the home advantage could prove pivotal on Wednesday.

Cahill, who is expected to start the game instead of Kurt Zouma, says it was pleasing to win the League Cup but the goal is now to progress in the Champions League.

“We came through it really well and hopefully we can take the positive experiences from that and try and build momentum for many more cup finals,” he said.

“We are very proud of winning our first trophy as a group together and getting that win at West Ham. But they are gone, all that is on our minds now is the PSG game.”

Don’t forget all of the fantastic markets we have to offer, including In-Play betting, can be accessed on your mobile phone with the new and improved bet365 On The Move