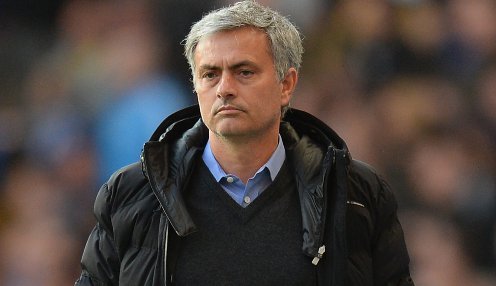 Chelsea boss Jose Mourinho says his team did not deserve to advance in the Champions League after being dumped out at the last-16 stage by Paris Saint-Germain.

Mourinho’s men took a slender advantage into the second leg of their tie with the French champions after a 1-1 draw in Paris last month.

However, despite PSG having Zlatan Ibrahimovic sent off after 31 minutes and taking the lead twice through Gary Cahill and an Eden Hazard penalty, Chelsea were sent packing in extra-time on the away goals rule after the match finished 2-2.

David Luiz came back to haunt Chelsea as he sent the match into extra-time with an equaliser on 86 minutes before Thiago Silva’s header knocked the 2012 Champions League winners out of the competition with six minutes of extra-time remaining.

The Blues struggled all night to get going as PSG gained a measure of revenge for having been eliminated from the Champions League at the same stage by Mourinho’s men last year.

After the game, the Portuguese tactician admitted his side had not been good enough to go through and is now eager to move on as they look to refocus on the fight for the Premier League title.

“It’s not time to cry or time to laugh, it’s time to analyse the situation – if we win the Premier League and the Capital One Cup, it’s still a fantastic season,” he said.

“I’m disappointed but I try to be pragmatic. When the opponent is better than us, the first step is to be honest and say we didn’t deserve to go through. We need to react – we have a Premier League to win and I’ve told that to the players.

He added: “Paris St-Germain deserved it. When a team can’t defend two corners and concedes two goals to corners they don’t deserve to win.”

Paris Saint-Germain are now 11.00 to go on and win the Champions League, while Bayern Munich after 3.50 having thrashed Shakhtar Donetsk 7-0 in Wednesday night’s other last-16 tie.

Meanwhile, Chelsea return to domestic matters as they face Southampton at Stamford Bridge. The league leaders are 1.57 for the win, with the Saints 6.00 and the draw 4.00.