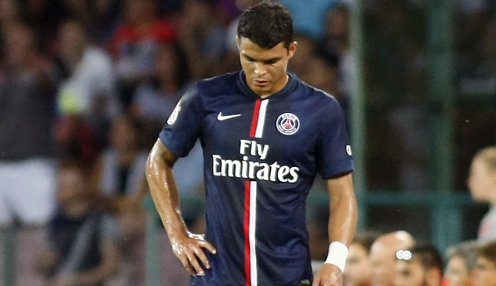 Thiago Silva thinks Paris St Germain are a better side this season than they were last year when they were knocked out of the Champions League by Chelsea.

The French side face the Premier League leaders again this week in the second leg of their Champions League last-16 clash, having been held to a 1-1 draw last month in the first encounter between the two sides.

PSG are 1.25 to win the Ligue 1 title after beating Lens 4-1 at the weekend and are 10.00 to cause a major shock by edging to a 1-0 victory at Stamford Bridge on Wednesday.

We are better equipped than last year to beat Chelsea.

David Luiz will be in the French team’s defence following his move to Paris from Chelsea last summer, having helped the Blues win the Champions League in 2012 and the Europa League 12 months later.

Silva said: “David is very excited to go back to Chelsea. He had great memories there, he helped them to win the Champions League – so I would be very surprised if the Chelsea fans gave him anything other than a fantastic reception.

“But we are better equipped than last year to beat Chelsea. Even if you look at the game in Paris, we were the better team no doubt.

“If it was not for an unbelievable performance from their goalkeeper (Thibaut Courtois) we would have won the game and would be travelling to London with the lead, we must take heart from that.”

Meanwhile, Chelsea defender Branislav Ivanovic is expected to sign a contract extension before the end of the season.

The 31-year-old defender has scored six goals this term, including Chelsea’s goal in the first-leg draw against PSG last month. Ivanovic is 8.00 to score at any time in Wednesday’s second leg.