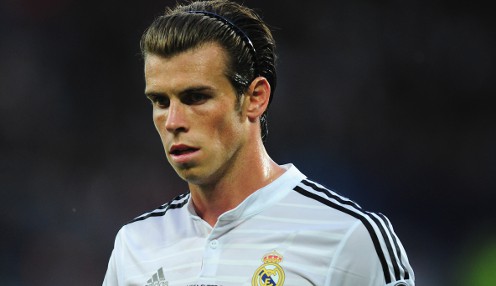 Gareth Bale was not at his best as Real fell to defeat in Turin.

Gareth Bale’s agent says the Real Madrid star will not be paying any attention to media criticism of his performances.

The Welshman came in for stinging criticism from former Manchester United captain Roy Keane in his role as a television pundit for his performance in Real’s 2-1 Champions League semi final first leg defeat against Juventus in Turin on Tuesday night.

Keane felt Bale was lacking confidence in his own ability and said Real “played with 10 men” against the Serie A champions.

“The reason he is at Real Madrid is because he can be brave on the ball. He didn’t take a player on once and his team-mates will not be happy with him.”

The winger’s agent Jonathan Barnett issued a statement on Wednesday insisting Keane’s comments were irrelevant, while he also took a swipe at the Irishman’s managerial record.

He said: “Why should we take any notice of irrelevant comments from people who don’t know what they are talking about and people who failed in management?”

According to Barnett, Bale has nothing to be worried about, despite the criticism coming his way.

Real Madrid are 1.57 to win the second leg against Juventus in the Bernabeu next week while they are now 4.00 to hold onto their Champions League crown in the wake of the setback in Italy.