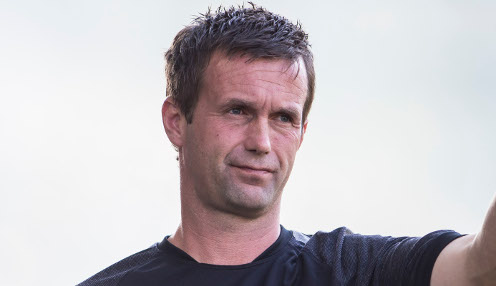 Celtic boss Ronny Deila is ready to take on Azerbaijan champions Qarabag in the third qualifying round of the Champions League after knocking Stjarnan out of the competition.

Celtic won 4-1 in Iceland to record a 6-1 aggregate success against Stjarnan, who stunned Deila’s side when they scored an early goal in Reykjavik through Olafur Karl Finsen.

However, goals by Nir Bitton, Charlie Mulgrew, Leigh Griffiths and Stefan Johansen helped Celtic ease into the final qualifying round.

If you’re going to go to the Champions League, you have to beat the opponents in front of you.

Meanwhile, Qarabag beat Rudar Pljevlja from Montenegro 1-0 on aggregate thanks to Reynaldo’s header.

“It’s a totally different game next time,” said Deila. “We went through, that’s the most important thing, and we meet a better team now in the next round – a much better team. I’ve seen them play one game and they were better than the Montenegrin team, so it’s a good opponent.

“You have to take what you get. If you’re going to go to the Champions League, you have to beat the opponents in front of you. It’s going to be an interesting game.”

Celtic are 6.00 to beat Ross County 2-0 in their opening league game of the season on 1st August and are 2001.00 to win the Champions League outright while Barcelona can be backed at 4.00 to retain the trophy.