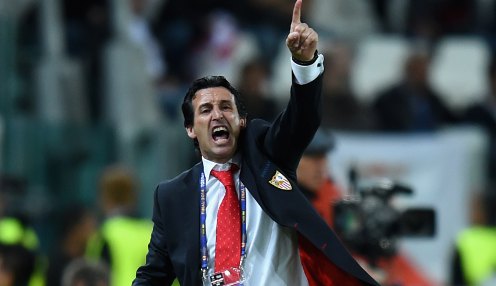 Sevilla striker Kevin Gameiro is refusing to under-estimate Dnipro who the Spanish side face in Wednesday’s Europa League final.

Sevilla are 1.72 to win the Europa League outright, while former Paris St Germain star Gameiro is 2.75 to score at any time in the final in Warsaw.

Gameiro scored the crucial spot-kick in last year’s final success against Benfica as Sevilla lifted the trophy after winning the penalty shoot-out.

We know that Dnipro are a very good team and they aren’t there by chance.

The 28-year-old France international said: “We are the favourites to win this competition because we won it last year.

“But we mustn’t dwell on that. We know that Dnipro are a very good team and they aren’t there by chance. It’s up to us to put in a top performance and give it our all like we’ve done in previous rounds.”

Sevilla beat Zenit St Petersburg in the quarter-finals before seeing off Fiorentina in the last-four, while Ukrainian outfit Dnipro surprisingly edged past Napoli in the semi-finals.