Jardim warns that job is not done 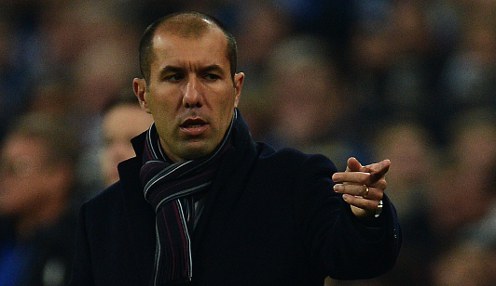 Monaco head coach Leonardo Jardim has warned his side that their Champions League last-16 tie against Premier League Arsenal is only at half-time.

The French outfit welcome the Gunners to the Stade Louis II holding a 3-1 lead from the first leg in North London, but Jardim is taking nothing for granted against a side managed by former Monaco boss, Arsene Wenger.

If we did not believe we could do it, we would not be here.

He told UEFA.com: “We approach this game in the same manner as ever. We are not thinking about the result – we just want to play and produce some good football.

“We are at half-time in the tie. We are two goals up, but this game will be the most difficult of our season so far. When you are up against a team like Arsenal, you must stay focused.”

Meanwhile, Wenger has urged his players to take to the field believing fully that they can turn the tie around, following a dismal defensive display against Monaco at the Emirates Stadium.

He added: “Monaco are in a very strong position, but we have experience and the desire and belief that we can do it.

“I am confident. The odds are stacked against us, but we will give absolutely everything to turn the tie around. We have a second chance and we will exploit it.

“We want to give everything to have the greatest performance on the pitch, if we did not believe we could do it, we would not be here.”

Arsenal can be backed at 7.00 to reach the quarter-finals, with Monaco 1.10, while the Gunners are currrently 67.00 to win the Champions League title this season.

Defender Gabriel Paulista has travelled with the Gunners after recovering from a hamstring injury, while the hosts have doubts over Geoffrey Kondogbia, who scored in the first leg, and Jeremy Toulalan – with both men struggling with thigh problems.