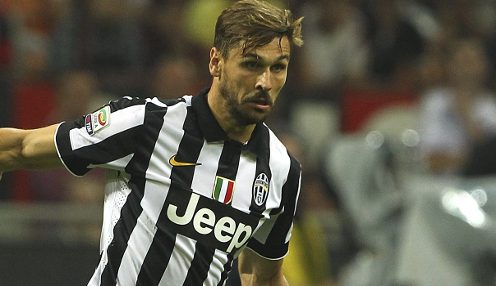 Juventus’ Spanish striker Fernando Llorente says his side will treat their double-header with Real Madrid as “the matches of a lifetime”.

The Italian champions face the La Liga giants in the Champions League semi-finals, with the first leg to be played in Turin on Tuesday.

The Bianconeri wrapped up a fourth successive Scudetto at the weekend but Llorente has warned Los Blancos their focus has been on the Spanish side since the draw was made, although the former Athletic Bilbao frontman concedes it will take a “super” Juve performance across both legs to down Real.

“We don’t fear anybody and we can play a great game against them. After all, there’s no hiding the fact that it will take a super Juventus to knock out the Spanish side,” he told Tuttosport.

“I don’t consider these the two matches of the year, but the matches of a lifetime. Few players in the world have the opportunity to play for such prestigious trophies, but we do.

“Winning the Scudetto was fantastic, but the joy didn’t last very long. How could we not be thinking of Real? We need to prepare ourselves well and that’s why our celebrations have been limited.”

Juve pair Andrea Pirlo and Giorgio Chiellini are set to return for Tuesday’s visit of Real after they were rested in the win over Sampdoria at the weekend.

Real, meanwhile, are missing Karim Benzema due to a knee injury but Gareth Bale should be involved following a calf concern.