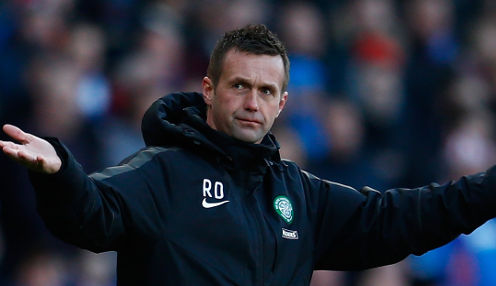 Celtic defender Mikael Lustig expects his side to show greater defensive steel in Europe this season, ahead of their opening Champions League qualifier against FC Stjarnan.

The Bhoys begin their campaign on Wednesday evening at home to the Icelandic champions, with Lustig hoping to help Celtic make amends for some below-par performance in both the Champions League and Europa League last term.

He told the Daily Record: “We were a little too naive in Europe last season. If we missed passes we were punished more than in the Premiership.

“We are going to be more up for it this season and not be as naive. We have to be better this time, we want to play the ball a bit more.”

Meanwhile, Sweden international Lustig is confident of being fit to feature against Stjarnan, having played in three pre-season games after recovering from an ankle problem.

He added: “Fitness-wise, I would lie if I said I’m in the best shape of my life, but it’s getting better. It’s important that I’ve played in three games now and hopefully on Wednesday I’m going to be ready.”

Summer recruits Nadir Ciftci and Dedryck Boyata are poised to make their competitive bows for the Bhoys, but former Manchester United youngster Saidy Janko may miss out.