Madrid rivals to do battle 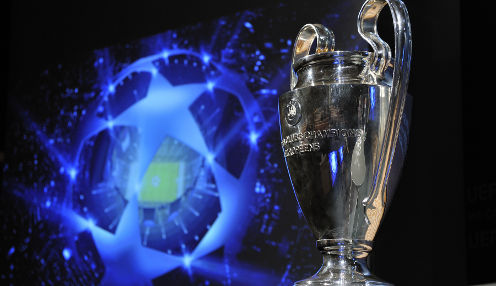 Reigning Champions League title holders Real Madrid have been drawn against their city rivals Atletico Madrid in a mouth-watering quarter-final.

The match will be a replay of the final from last season, where Los Blancos managed to edge out Atleti to claim their 10th European crown.

Real have not beaten Atletico this season in La Liga or the Copa del Rey and will be desperate to turn their fortunes around to book their place in the semi-finals.

Meanwhile Paris Saint-Germain have been drawn against the much-fancied Barcelona, with the first leg to take in the French capital.

The two clubs have already met in the group stage of the Champions League this season, with PSG winning 3-2 in Paris, before losing 3-1 at the Camp Nou.

Porto have a tough test on their hands with Bayern Munich standing in their way between the semi-final places.

In the other draw Serie A champions Juventus will host a Monaco side who knocked Arsenal out of the Champions League in the last-16 round.

Juve will be full of confidence having seen off Borussia Dortmund last time out.