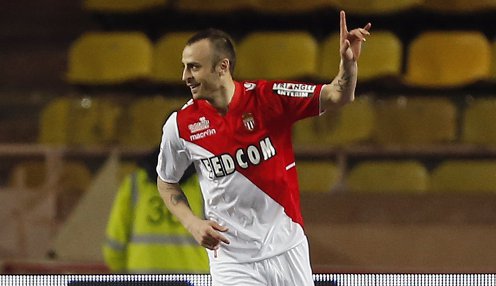 Monaco boss Leonardo Jardim says Arsenal lacked respect for his team after Arsene Wenger refused to shake hands or congratulate him when the Ligue 1 side earned their victory in North London two weeks ago.

Wenger’s former club stunned Arsenal by claiming a 3-1 win at the Emirates in their last-16 first leg tie and despite a spirited effort in Tuesday’s second leg, the Premier League side went out on away goals.

It was a familiar tale for Wenger, whose side have now exited the Champions League at this stage in each of the last four seasons.

Wenger felt his team were unlucky not to overturn the first leg deficit but Jardim says Arsenal did not show Monaco enough respect.

“I wanted to shake Wenger’s hand (after the first leg) but he didn’t wait so, even though Monaco did everything for Arsenal, I decided not to thank him,” Jardim said.

“Arsenal didn’t show the respect they should have after the first leg.”

A first half goal from Olivier Giroud gave Arsenal hope in the Stade Louis II and when Aaron Ramsey doubled the advantage with more than ten minutes remaining on the clock it appeared as if the fabled ‘Miracle In Monaco’ might come to pass.

However Arsenal were unable to get the crucial third goal and Jardim says his side are worthy of their place in the quarter finals.

Monaco are 51.00 to win the Champions League and Jardim expects potential last-eight opponents to have learned little from Arsenal’s downfall.

“I am sure that all the teams will want to draw Monaco in the quarter-finals.”