Soccer Betting - Soccer Betting Odds, Tips and News.
Home » Europa News and Betting Previews » Moutinho: Monaco will give their all

Moutinho: Monaco will give their all 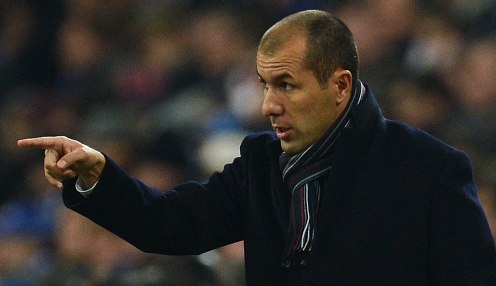 Coach Leonardo Jardim hopes to take Monaco all the way in Europe.

Monaco midfielder Joao Moutinho says his side will give their all to try and see off Juventus and reach the semi-finals of the Champions League.

The Portugal international was part of the side who shocked Arsenal in the round of 16 and he and his colleagues are determined to prove that that was not a one-off by defeating the runaway Serie A leaders.

He told Tuttosport: “The Bianconeri have a great team, with formidable players and a solid team ethic.

Juventus can beat anyone and we have demonstrated that. There aren’t any teams that are beyond our reach.

Monaco have a major doubt over defender Jeremy Toulalan after he was forced off during the 3-0 victory at Caen on Friday due to a thigh problem.

Meanwhile, Bianconeri forward Carlos Tevez believes that his side have the ability to go all the way in Europe, having beaten Borussia Dortmund 5-1 on aggregate in the previous round.

He told the Italian media: “The Dortmund match showed that we can go far, but it depends on us.

“Juventus can beat anyone and we have demonstrated that. There aren’t any teams that are beyond our reach. Dreaming cannot hurt.”

The hosts will be without injured French midfielder Paul Pogba for the quarter-final first leg in Turin in Tuesday evening, where Juve are 1.50 to secure a win and can be backed at 5.00 to triumph by a 2-0 scoreline.