Neuer expects Bayern to be positive 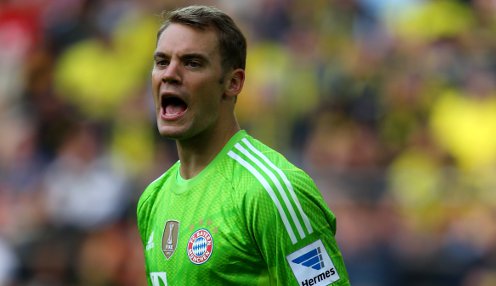 Bayern Munich goalkeeper Manuel Neuer says his side will not sit back when they face Barcelona in their Champions League semi-final first leg in the Camp Nou.

The German champions take on a Barca outfit who have rattled in 14 goals in their last two La Liga outings, but Germany World Cup-winner Neuer says that the visitors will not go on the defensive to try and stifle their hosts.

We have to attack, we need to score in Barcelona.

He told reporters: “We’re not going to park the bus and the system at the back isn’t important. We’re approaching the match with confidence.”

Meanwhile former Barca head coach Pep Guardiola, now the man in charge at Bayern, has admitted that his side will need to be positive in the Camp Nou, as he believes that the Catalans are too strong to be nullified.

He added: “It’s almost impossible to play defensively against Barcelona. We have to attack, we need to score in Barcelona.”

Bayern can be backed at 4.00 to secure a draw in Barcelona on Wednesday evening and are 5.00 to keep a clean sheet, with the Bavarians 2.37 to reach the Champions League final at the expense of the Spanish giants.

Guardiola is definitely without injured trio Franck Ribery, Arjen Robben and David Alaba for the game on Wednesday evening, but striker Robert Lewandowski is set to don a mask to feature.

The Poland international suffered a fractured jaw and nose in the recent DFB-Pokal loss to Borussia Dortmund, but Guardiola is upbeat about the prospects of him playing a part in Barcelona, adding: “I want to know how he’s feeling with the mask. Of course we need 11 players who are 100 per cent.”