No fairytale finish for proud Wenger 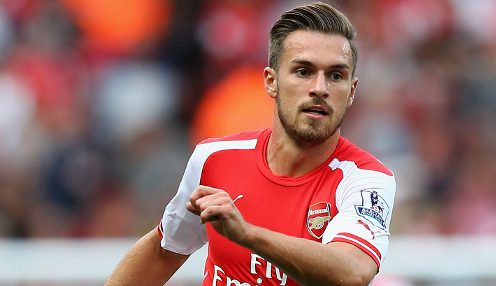 Arsene Wenger insists that Arsenal should be judged at the end of the season after their Champions League campaign came to an end in Monaco.

The Gunners produced a spirited display in the last-16 second-leg clash against the French side, winning 2-0, but they crashed out on the away-goals rule following the demoralising 3-1 loss in the first leg in north London last month.

Olivier Giroud’s first-half effort and Aaron Ramsey’s 79th-minute goal put Arsenal on the brink of a famous comeback win, but in the end they fell narrowly short.

I am realistic enough to know every season is different. Judge our season at the end of the season.

“If you look at the numbers, we had a 98 per cent chance to be out, but we did fight and produce the game we wanted,” he said.

“At half-time, the game could have been over with the chances we created, but in the first game we did not produce the performance we wanted. Monaco played at home, have zero shots on target and yet go to the quarter-final.

“Football is not a fairytale, it is a matter of being realistic and being clinical, maybe a bit lucky as well, maybe that is part of the game.

“I am realistic enough to know every season is different. Judge our season at the end of the season.”

Arsenal’s season could still end in glory as they have an FA Cup semi-final against Reading to look forward to next month and they are currently third in the Premier League table.

They visit Newcastle United on Saturday and are 1.40 to score first on Tyneside, with a 2-0 Gunners victory available at 8.50.