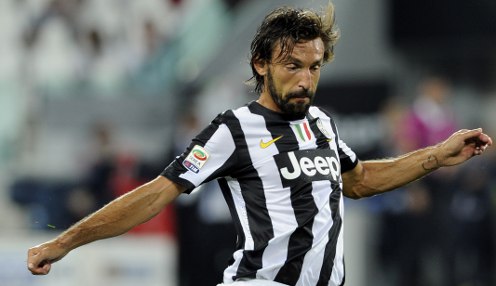 Juventus and Italy veteran Andrea Pirlo has said winning the Champions League in Berlin next month would “complete my journey”.

The classy midfielder was an unused substitute as the Turin giants secured a fourth straight Scudetto thanks to a hard-fought victory over Sampdoria on Saturday and now the focus switches to Europe’s premier club competition.

“To complete my journey in Turin with the Champions League in my pocket would be the culmination of a dream.”

Juve host holders Real Madrid at Juventus Stadium on Tuesday hoping to secure a first-leg advantage and the 35-year-old, whose contract runs until 2016, accepts this could be his last chance to win the competition.

“[It would be] something incredible [to reach the final],” the Italy international told La Gazzetta dello Sport ahead of Tuesday’s first leg in Turin.

“To complete my journey in Turin with the Champions League in my pocket would be the culmination of a dream.

“I will go on [playing] as long as I have the same great desire to train every day.”

Juventus are through to the Champions League semi-finals for the first time since 2003 and remain on course for the Treble, having already set up a Coppa Italia final against Lazio.

The Old Lady last won the competition in 1996 and have struggled in recent seasons to convert their domestic dominance onto the European stage.

Pirlo says Juve will not fear the Spanish capital giants and expects the last-four double-header to be decided by small margins.

“We have matured a lot in recent years, the international experience has served the team well,” Pirlo, a two-time winner of the competition while at AC Milan, added.

“In the three seasons with [former coach Antonio] Conte we were still missing something, maybe we were not ready, and this year we have grown, along the way, the awareness that we can have our say everywhere.

“We play good football, without fear or awe. Real Madrid are the biggest club in the world, the most prestigious, but we have a 50 per cent chance of going through.”

Juventus are currently priced 3.00 in the match betting and the draw outcome is quoted 3.25. Real Madrid can be backed in the 90 minutes market at 2.60.