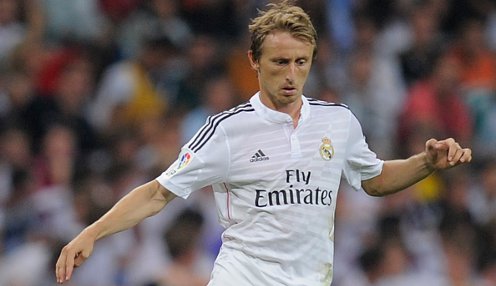 Real Madrid have suffered a double injury blow ahead of their Champions League quarter-final second leg clash with Atletico Madrid in the Bernabeu.

Welsh winger Gareth Bale suffered a calf problem during the 3-1 win over Malaga on Saturday, during which Cristiano Ronaldo netted his 50th goal of the season in all competitions.

Bale lasted a mere five minutes of the game before being replaced by Javier Hernandez and requires tests on Monday to see if he will be ready to face Atleti on Wednesday, with the tie evenly poised at 0-0 following the first leg in the Vicente Calderon last week.

Real are 1.57 to reach the semi-finals, with Atletico 2.37, while Los Blancos are 4.50 to become the first team to win the Champions League in consecutive seasons.

Meanwhile, Modric could miss the rest of the season after sustaining knee ligament damage against Malaga, with the Croatian midfielder forced from the field on the hour mark.

Modric has already miss four months of the campaign due to a hamstring problem and now faces a race to even be first for the Champions League final in early June, if defending champions Real reach the European showpiece.

A short statement from Real confirmed: “After tests carried out on Luka Modric at the Hospital Sanitas La Moraleja by the club’s medical services, the diagnostic confirms that the player has a sprain on the medial collateral ligament in his right knee.”

However, head coach Carlo Ancelotti had better news about French striker Karim Benzema, who missed the weekend action due to a knee problem, but who is expected to be fit to face Atleti.

Ancelotti told reporters: “I think that he (Benzema) will be okay as he is improving. We have several days and he could well recover.”