Champions League Tips: Atalanta and PSG could be an all-time classic 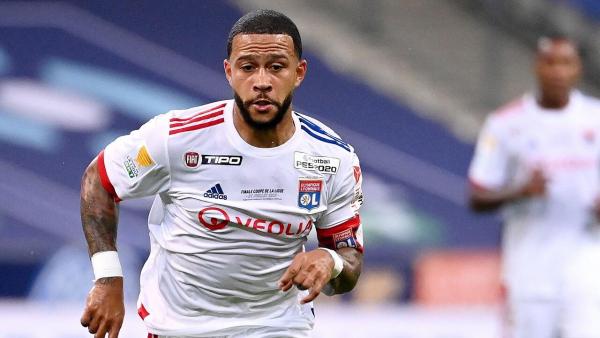 Match fitness will play a major role in this week’s Champions League ties, and perhaps the largest difference between sides on this front also happens to be the game with the biggest quality gap. Manchester City benefit from the seamless transition from the end of the Premier League and the beginning of the Champions League, while Lyon’s 2-1 defeat to Juventus was their first competitive game since March.

And Lyon looked leggy on Friday. They struggled to play with any fluency, benefitting from a dodgy penalty call and Juve’s self-made capitulation to qualify for the final eight. Ordinarily, Rudi Garcia relies upon sudden bursts of creative, line-breaking energy through central midfield as Houssem Aouar releases Memphis Depay or Moussa Dembele. Man City’s strong double pivot of Ilkay Gundogan and Rodri, last seen controlling Real Madrid’s midfield, should prevent Lyon from threatening too much.

The French side will largely sit back and likely hold about 30% possession. Over the course of 90 minutes, City’s superior fitness means Kevin de Bruyne and company can simply play their usual elegant football and get through to the last eight. Pep Guardiola is renowned for over-thinking these ties – but there is no reason for this to be a particularly interesting tactical battle.

Barcelona have improved significantly in recent months under Quique Setien, and yet they remain a fatally flawed outfit whose 4-3-1-2 formation and ageing legs in defence point to a relative comfortable win for Bayern Munich. Even Lionel Messi, up against a brilliant partnership on Bayern’s left of Alphonso Davies and David Alaba, is unlikely to shine.

Setien’s formation is too narrow for occasions like this, in which Bayern’s efficient and direct lines of attack will look to pierce down the outsides of the midfield three – just as they did in both legs against Chelsea. Ivan Perisic and Serge Gnabry were released quickly by pinpoint vertical passing from Leon Goretzka and Thiago, a situation that will surely repeat itself against an often clumsy – and certainly very slow – Barca midfield.

What’s more, it is hard to see how Barcelona’s narrow 4-3-1-2 will be able to cope out wide with the overlapping runs of the Bayern full-backs (Luis Suarez, Antoine Griezmann, and Messi certainly won’t help out), leading to numerous opportunities to feed Robert Lewandowski. Europe’s most lethal goalscorer should comfortably out-manoeuvre 33-year-old Gerard Pique.

Julian Nagelsmann’s RB Leipzig use a 3-5-2 formation to create gegenpressing football that seeks to exploit spaces in the final third in counter-attacking style. The basic premise is to pierce through with high-energy forward passes wherever possible, with a focus on getting those flying wing-backs on the ball to create overloads in the wide areas. However, they are without the most crucial piece of the puzzle on Thursday as new Chelsea signing Timo Werner misses out.

Losing just one of their key attackers is enough to knock Leipzig off course, such is the fine-tuning involved in their attacking strategy. Werner’s capacity to receive the ball on the half-turn and feed his team-mates from the number ten space is vital to Nagelsmann’s approach; without him, Atletico Madrid can sit back, compress space between the lines, and leave Leipzig looking bereft of ideas.

Diego Simeone loves to suck all the oxygen out of a game, and Leipzig are just the sort of furiously assertive opponents to come unstuck as Atletico deny any space in behind. Just like in their fiercely disciplined performances over both legs against Liverpool, Simeone’s side can nullify the German outfit and wait for late opportunities to strike on the counter.

This should be a brilliant game. Atalanta’s mixture of high pressing in the opposition half and man-to-man marking in their own third will create space, and mistakes, at both ends of the pitch as Paris Saint-Germain look to navigate their way to the semi-final without Kylian Mbappe. 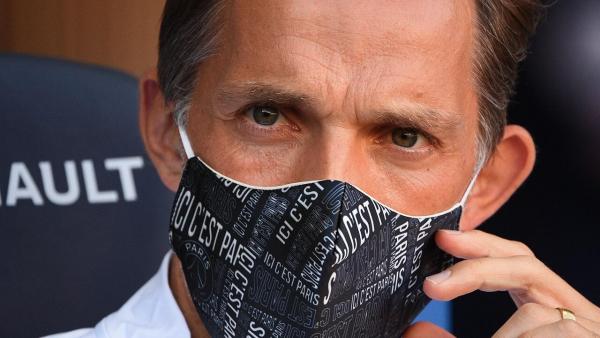 Thomas Tuchel’s 4-2-2-2 becomes more of a 2-3-5 in possession as one full-back moves infield, with that 2-3 expected to build into the final third via sharp one-touch passes from highly disciplined positions on the pitch (that create a triangular structure). This often comes unstuck against high-pressing teams precisely because there are five forwards not involved in this build-up play. It will only take one misplaced pass for Atalanta’s harassing of the ball to offer them three-on-two scenarios.

But when PSG successfully work around the press, with Idrissa Gueye and Marco Verratti crucial as ever in working the ball out, their front five typically creates a spare man on the flank; four forwards bunch together to attack, while one winger hovers out of view to receive the ball. Meanwhile Atalanta play an unusually aggressive man-to-man system in open play, meaning the three centre-backs (in a 3-5-2) are happy to move out of their line to follow a man.

All that PSG movement, then, could cause as many calamities in the Atalanta half as in the PSG half. Tuchel’s biggest problem is working out how to create this space with Mbappe. If he goes for broke and replaces him with Julian Draxler, we could get one of the all-time great Champions League quarter-finals.