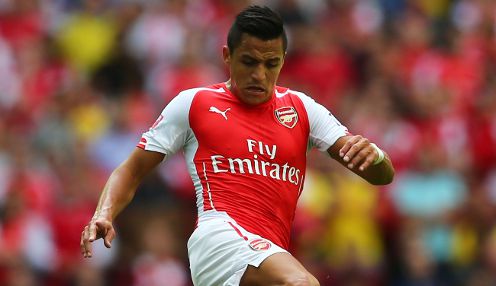 Arsenal have won the FA Cup for the second year in a row, beating Aston Villa 4-0 in a one-sided final.

Goals from Theo Walcott, Alexis Sanchez, Per Mertesacker and Olivier Giroud ensured that Arsene Wenger’s side held on to the trophy they won last year when they beat Hull City in the final.

We have shown that we are a real team and can deal with pressure.

In that game they had to fight back from two goals down; this year however Villa struggled to create any clear-cut chances and once the Gunners went in front, they always appeared likely winners.

Having dominated possession and forcing Shay Given in Villa’s goal into some early saves, Arsenal went ahead five minutes before half-time.

A cross from Nacho Monreal was headed by Sanchez, the ball coming to Walcott who produced a fine left-footed shot which kept low and went past Given and his defenders into the Villa net.

That was the half-time score, but five minutes into the second half a fantastic strike from Sanchez effectively made the game safe, the Chilean striker hitting a wonderful shot past Given from 25 yards out.

German defender Mertesacker made it three; powering home a header from a corner after poor marking from the Villa defence and, in the third minute of injury time, Giroud got the fourth with a neat flick after good work by Alex Oxlade-Chamberlain.

The final whistle sounded a short time later and the Gunners celebrated a completely dominant performance.

It was a 12th FA Cup win for Arsenal and the 4-0 scoreline was the biggest in an FA Cup final since Manchester United beat Chelsea by the same score in 1994.

Speaking to the BBC after the game, winning manager Arsene Wenger paid tribute to his team.

He said: “We have shown that we are a real team and can deal with pressure. I congratulate the players, the staff and the fans. We are so happy tonight.

“I had a difficult week to pick the team. But when confidence and spirit is so good it helps. Look, I am very proud. Our club is doing well and if I can personally do well then it’s even better.”

The Gunners are 5.50 to win next season’s Premier League title. Defending champions Chelsea are 2.37 and Manchester City are 4.00.