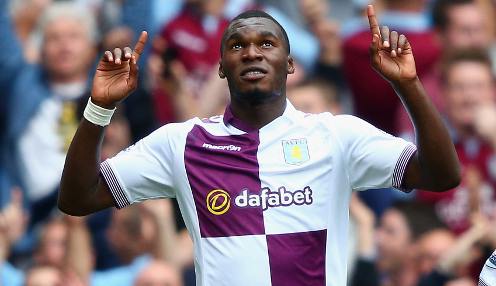 Aston Villa striker Christian Benteke is hoping to help his side seal a double over local rivals West Brom and secure a place in the semi-finals of the FA Cup.

Belgium international Benteke coolly slotted home a last-gasp penalty to clinch a 2-1 Premier League win over the Baggies on Tuesday evening, a result which lifted Villa out of the bottom three.

I hope the FA Cup can be special for us.

And the big frontman is eager to help repeat the trick on Saturday evening, when the Midlands rivals lock horns at Villa Park.

He told the club’s official website: “Everyone is now looking forward to Saturday as we try to do the same again. I hope the FA Cup can be special for us.

“(But) just because we beat West Brom on Tuesday it doesn’t mean that we have an advantage. It’s another competition.

“We deserved to win on Tuesday and everyone in the dressing room looks forward to Saturday now. We want to try to do the same.”

Villa have reached the FA Cup final on ten occasions, lifting the trophy seven times, with their last appearance coming in 2000, when they lost 1-0 to Chelsea in the last final played at the old Wembley.

The Villans can be backed at 15.00 to lift the FA Cup this season, with the Baggies 13.00, while Villa are 3.00 to be relegated from the Premier League.

Full-back Alan Hutton will miss the game on Saturday due to suspension, but has escaped any further action over a tussle with Saido Berahino on Tuesday evening.