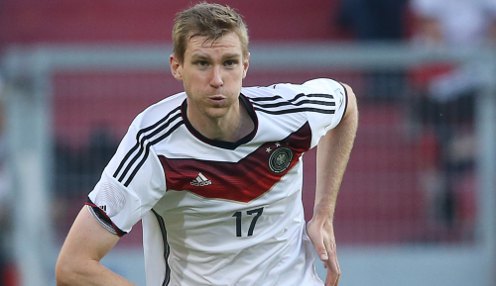 Per Mertesacker sees no reason why Arsene Wenger cannot continue as Arsenal manager for many more years.

The Frenchman has been in charge of the Gunners since 1996 and has guided the club to a third-placed finish in the Premier League this season and to a second FA Cup final appearance in a row.

Arsenal came from two goals down to beat Hull City 3-2 at Wembley 12 months ago and are 26.00 to beat Aston Villa by the same scoreline on Saturday.

Mertesacker, 29.00 to be the first goalscorer in the FA Cup final, continues to be impressed by the 65-year-old Wenger who, he says, has proved himself to be very adaptable.

He changed some things by bringing in new players and by changing his behaviour.

The German defender said: “It is not like he sticks to his old methods. He changed some things by bringing in new players and by changing his behaviour.

“He changed his coaching staff, he acquired some fresh, young people. The video analysis has changed. In the summer, Shad Forsythe came in from the Germany national team as the new fitness coach.

“One of his strengths he has never lost in all those years: his charisma. He is the calm centre of it all – that’s what he brings across.”

Meanwhile, Arsenal are available at 5.50 to win the 2015/16 Premier League title outright.