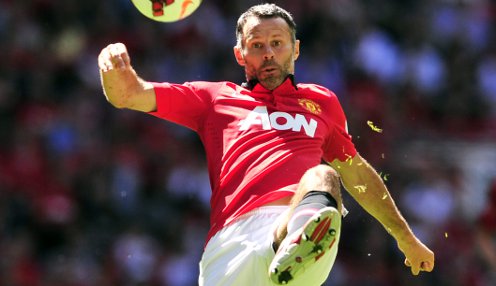 Manchester United manager Louis van Gaal has angrily denied reports of a breakdown in relations with his assistant Ryan Giggs.

Long-serving fans’ favourite Giggs’s nonplussed reaction to United’s winner against Newcastle on Wednesday was in stark contrast to van Gaal’s celebrations and suggestions of a rift between the pair have surfaced.

But the new manager has insisted there is no fall-out with the veteran Welshman, who took charge of the side for three weeks after David Moyes was sacked last season, and insisted he has a harmonious dressing-room.

The former Netherlands coach told a news conference: “No. We have a very bad relationship. I cannot answer that. I want to have those rumours.”

He then told reporters: “I am very irritated at this question because everyone can see we have a very good relationship. We work very hard together. Not only with Ryan but with all the staff and the players. It is a way of suggesting things. I am very irritated. I take my measures against the media. I am not pleased.”

United face Arsenal in the FA Cup quarter-finals at Old Trafford on Monday in the first meeting between the long-standing rivals since the 2005 final. Van Gaal’s men are currently priced 3.75 in the FA Cup outright winner betting.

The two clubs are also slugging it out for a coveted Champions League place in the Premier League and van Gaal said his players face a stiff test.

The former Barcelona and Bayern Munich coach said: “It is a game, 11 v 11 on a high level. Arsenal and Manchester United are placed third and fourth. It is nearly a final I think.”