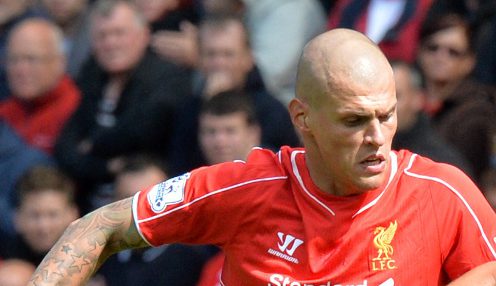 Blackburn Rovers forced a replay, holding Liverpool at Anfield to a goalless draw in the FA Cup quarter-final and the teams will play again, this time at Ewood Park, for the right to reach a Wembley cup semi-final.

Both sides had chances to win the game but a lack of sharpness upfront cost them. Liverpool pressed for a winner, especially in the second half and had 21 efforts on goal, but only four of those were on target and the teams will therefore both be in the draw for the semi-finals.

The first incident of the game saw a bad injury to Liverpool defender Martin Skrtel. He went up for a header with Rovers Rudy Gestede and landed on his head necessitating an eight minute delay while he received treatment on the pitch.

He was replaced by Kolo Toure but was able to make a thumbs up gesture as he left the field on a stretcher to reassure supporters that his injury was not too serious.

It was Gestede who almost put the visitors ahead, the striker climbing above Simon Mignolet but was unable to guide his header into the net.

Both sides thought they should have been awarded a penalty in the first half. First Adam Lallana went down after a challenge by Rovers captain Matt Kilgallon, then Gestede was again involved, hitting a volley which appeared to strike Raheem Sterling on the arm.

With the match goalless at half-time the second half came to life inside the first five minutes when Alex Baptiste thought he had given Blackburn the lead, meeting a corner with a strong header only for Mignolet to make a fantastic save.

After Blackburn started the half strongly the home side began to take control.

They had a penalty appeal, again involving Kilgallon and Sterling and hit the woodwork through Toure though the flag had been raised for offside and it would not have counted. However, for all their possession the Championship side held on and will be delighted to have forced a replay.