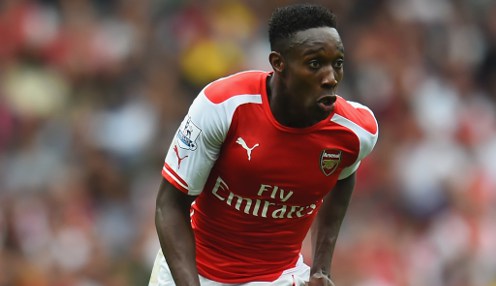 Arsene Wenger hailed Danny Welbeck after the Arsenal striker scored the goal that knocked his former club Manchester United out of the FA Cup.

Welbeck was a surprise inclusion in the Gunners line-up instead of Olivier Giroud, but pounced on a mistake by Antonio Valencia to net the winning goal as Arsenal won the sixth-round clash at Old Trafford 2-1.

Wenger said after Arsenal’s victory: “He has pace and physique and we were able to take that little bit of risk without destroying the balance of our side and overall he had a great game.

We showed a great mentality against a very physically committed Manchester United team.

“When you play against your former club, we always want to show we are a great player but it is not easy to deal with the mental situation but he did not do anything different to his normal game. He just wanted to win.”

The win was Arsenal’s first at Old Trafford in nine years and they are now 1.83 to win the FA Cup outright and 1.20 to finish in the top four. Meanwhile, United are 1.83 to clinch a top-four spot.

The Gunners have been handed a semi-final draw against either Bradford City or Reading, and Wenger hopes the victory against United will lift his side as the season reaches its climax, adding: “We showed a great mentality against a very physically committed Manchester United team and we did it well without forgetting to play our football. The team was a bit down at 1-1 because we thought we should be ahead.

“We will be favourites to reach the final now but we have very tricky memories from last year in a game we were expected to win, so let us prepare well for it.”

The matches will be played at Wembley on 18th and 19th April.