Football Tips: Build your weekend acca with our best bets from across Europe 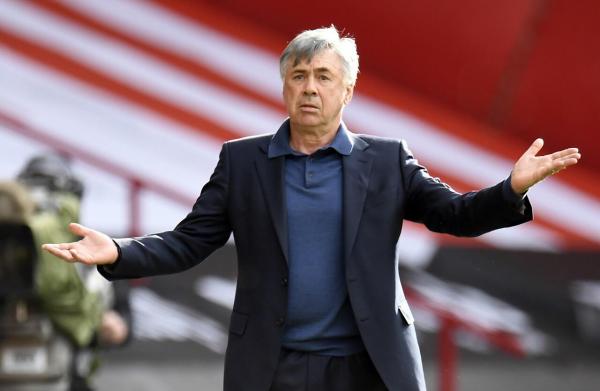 As the domestic seasons draw closer to their climax, Charlie Mullan has analysed the data to bring you the best bets to build a winning accumulator this weekend…

Barcelona’s title hopes were dealt a severe blow in midweek when they were held to a 3-3 draw at Levante after leading 2-0 with just over half an hour to play. The three late goals that all but ended their title hopes leaves Ronald Koeman’s side looking up the table hoping for a miracle.

What made matters worse for Barca was Real Madrid’s 4-1 win at Granada on Thursday which moved Zinedine Zidane’s side above Koeman’s men in the table. And a better head-to-head gives Madrid the advantage over Barca if the title came down to it. Barcelona will miss out on the title if leaders Atletico beat Osasuna in Madrid.

Celta Vigo, who look like missing out on the inaugural Europa Conference League next season, could end Barca’s hopes of winning their 27th domestic title if Eduardo Coudet’s side can win at the Nou Camp for the first time since November 2014.

Toffees can shut down blunt Blades

Sheffield United’s trip to Goodison Park will be their penultimate away game in the Premier League for a while as they plan for life in the Championship next season. The Blades are one defeat away from equalling the league record of 29 in a single season and their form suggests their name will be added to that unwanted list.

Everton missed a glorious opportunity to join sixth-placed West Ham on 58 points following their goalless draw at Aston Villa on Thursday night. Playing last this weekend, Carlo Ancelotti’s side will know where their European hopes lie prior to their kick-off on Sunday night.

Everton have kept just two clean sheets at home all season, but they will be confident of adding a third against a United team that is struggling for goals. United have failed to score in six of their last seven away games in the league. The Toffees should be able to control this game. After analysing the data, both teams not to score is a bet that stands out at 8/11.

Two goals in the Blades’ last eight outings suggests the fight has gone out of Paul Heckingbottom’s relegated team that have occupied bottom spot since November 7 when they lost 4-1 at Chelsea.

Goals on the menu for Schalke and Frankfurt

There is so much to play for across Europe’s top five leagues and Eintracht Frankfurt’s trip to Schalke has a lot riding on it for the visitors. Eintracht have aspirations of playing Champions League football next season while Schalke know they will be relegated at the end of the campaign.

Four of the last five meetings between these two sides including the most recent two have seen three or more goals scored. Schalke’s last two Bundesliga games have produced a total of nine goals while over 2.5 goals has landed in Frankfurt’s last three away games. Over 2.5 goals at 3/10 is a bet that could well land this weekend.

In-form Atalanta too quick for Genoa

Atalanta to score first at Genoa at 4/11

Atalanta are on the best run of any side in the top five leagues in Europe in terms of scoring the first goal. Gian Piero Gasperini’s side opened the scoring for the tenth successive Serie A game when they beat Benevento 2-0 on Wednesday to keep hold of second spot in Serie A. 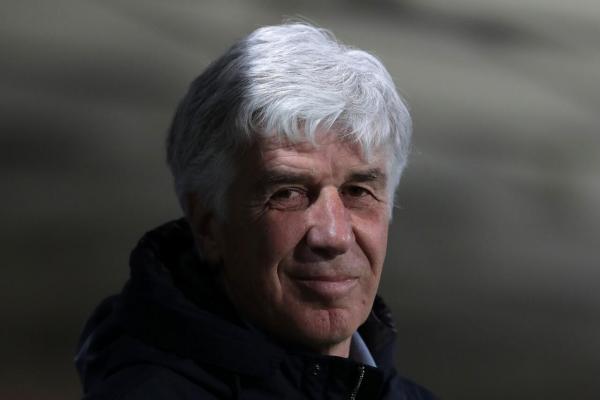 A trip to Genoa should not pose too many problems for an Atalanta side who are on course to finish second after back-to-back third place finishes. Genoa secured their place in next season’s Serie A by winning 2-0 at Bologna on Wednesday.

Scoring first is a great habit to pick up, especially in the latter stages of the season. The only time Atalanta have conceded the opening goal in their last 16 games was when they were beaten 1-0 by champions Inter on March 8.

Genoa have conceded the first goal in five of their last seven games which makes the visitors 4/11 favourites to score the first goal at the Luigi Ferraris Stadium.

Brest to cash in on Montpellier’s defensive woes

When Montpellier carry out their end-of-season review, they will look at their inability to keep clean sheets as to why they won’t be involved in European football next season. Despite the slim possibility of finishing sixth, La Paillade have the fewest clean sheets in Ligue 1.

The only time Montpellier have kept their opponents without a goal in their last 13 league and cup games was against fourth tier side Voltigeurs de Chateaubriant in a narrow 1-0 Coupe de France win. It’s a good job Michel Der Zakarian’s side can score goals otherwise they would be in a relegation battle.

The 58 goals Montpellier have scored is the fifth best attack in the league and both teams to score has been a winning bet in 28 of their 36 games which is the most of any team in Europe’s top leagues.

Stade Brest are no strangers to games in which they score and their opponents also find the back of their net. Both teams to score has paid out in their last five league games and is certainly a bet that could land this weekend at 4/9. 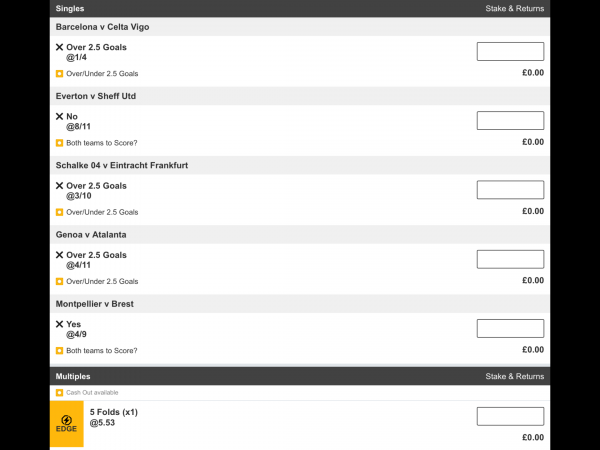