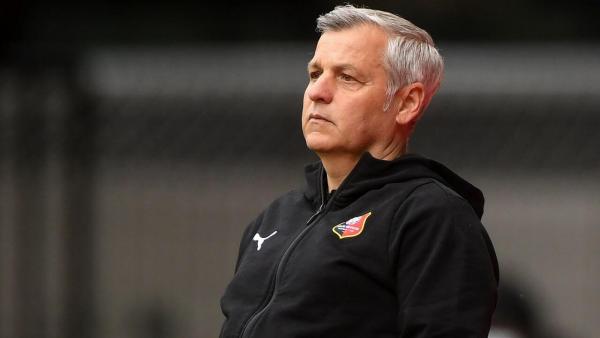 With matters to be decided at the top and foot of the table, Sunday night promises some unforgettable action, writes James Eastham…

“On the final matchday, teams either need to go all-out to claim a big prize – promotion, title, avoiding relegation – or have nothing to play for. In other words, the normal conventions of how to play the game go out of the window.”

The title race has gone down to the final day in France and Sunday evening is guaranteed to provide 90 minutes of thrilling drama.

Leaders Lille go into the final weekend one point ahead of nearest challengers PSG, which means that Lille have to win to be sure of claiming their first title in a decade.

Fortunately for Christophe Galtier’s Lille they face a theoretically simple away fixture against a mid-table Angers side with nothing to play for.

Lille are 1.331/3 to win and worth considering for inclusion in an accumulator.

PSG travel to Brest and should keep their side of their title-hunting bargain by collecting all three points.

Whether a win will prove to be enough for Mauricio Pochettino’s players to overhaul Lille depends on Lille dropping points.

Paris should get their part of the job done with the minimum of fuss, even though Brest need points themselves as they battle to avoid finishing in the relegation play-off position (18th).

PSG are 1.222/9 to win and the second inclusion in our accumulator.

Elsewhere, Lyon have had to give up on their hopes of claiming the Ligue 1 title but have everything to play for as they seek the third and final Champions League spot.

They’re one place and one point behind Monaco (3rd), meaning they need to win to give themselves the best possible chance of a podium finish.

Lyon are 1.21/5 to claim victory at home to a mid-table Nice side that have nothing to play for. Rudi Garcia’s hosts ought to dispose of the visitors with the minimum of fuss.

A touch further down the table Rennes (7th) are chasing a European place and can still claim one by finishing sixth to qualify for next season’s Europa Conference League.

They go into the weekend one place and one point behind sixth-placed Lens so need to rely on Lens to drop point to secure a top-six finish.

Rennes’ attitude has been excellent since Bruno Genesio (pictured below) was appointed manager earlier in the season so the Bretons are a good bet to uphold their side of the bargain.

Rennes are at home to relegated Nimes, whose motivation will be minimal after their demotion to Ligue 2 was sealed last weekend. The situation suggests Rennes are a good bet to claim all three points at 1.330/100.

Lille, PSG, Lyon and Rennes in a four-fold accumulator would pay out at 2.546/4.

Will high goals lead to profit?

There was once a betting system that was referred to as the “3-3 draw”, applying only on the final day of the season.

The theory was this: on the final matchday, teams either have something that they need to go all-out to secure – promotion, a title, or avoiding relegation, for example – or nothing to play for. In either scenario the normal conventions of how to play the game go out of the window.

The “3-3 draw” betting system said that if you bet on all games across, for example, the three divisions of the Football League (Championship, League One and League Two), finishing 3-3, you normally needed only one to come in in order to make a profit because prices of 51.0050/1 were normally available across the board. If two or more came in, your profit would be substantial.

I’m not sure anyone has ever done a statistical analysis over a number of decades about how many 3-3 draws there have been on the day of seasons in any given league, but the basic point holds true.

The final day of the season is unlike any other, as it’s the last chance for teams with something to play for to secure what they’re looking for, while players on every other side have probably already got one eye on the holiday brochures.

So what do the statistics tell us about the final day in France’s top flight? Is there any evidence that games are likelier to be high-scoring than the odds suggest?

The stats on ‘Yes’ in the Both teams to Score? market paying out are more consistent. Both teams have scored in either 5/10 or 6/10 of final-day games in every single season in our sample, with both teams scoring in a total of 55/100 games.

Looking at the prices currently available on the 10 games taking place this weekend, do the historical stats suggest a profit is available?

Those odds suggest that, based on the historical statistics, the prices on ‘Yes’ the Both teams to score? market offer the best potential route to profit.