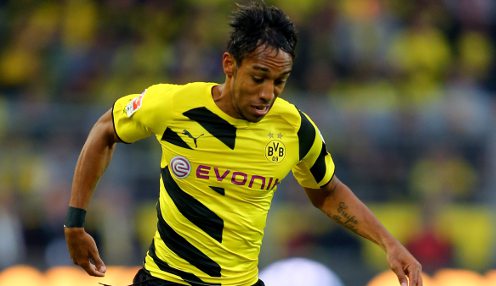 Borussia Dortmund striker Pierre-Emerick Aubameyang has his sights set on a European spot after helping mount a turnaround in form since the winter break.

A 3-2 victory over Hannover made it five wins in seven Bundesliga games for Jurgen Klopp’s side, who had been down in the relegation zone when the German top-flight headed into its winter break.

However, with the threat of relegation now seeming a somewhat distant prospect, Aubameyang is looking upwards, with Dortmund eight points clear of the bottom three and only five points adrift of sixth place.

“There are only a few points now between us and sixth place and qualifying for the Europa League,” a bullish Aubameyang said.

“We have to keep looking up the table and remain positive. Now it’s about taking as many points as possible.”

However, his outlook is not entirely shared by head coach Klopp, who is aware that there is still some work to do to banish any lingering fears of being relegated.

He added: “When you look at the table, you can see just how important the victory was.

“We now have an eight-point cushion over the relegation places. Only when we cannot mathematically go down, will we look again at what we can do.

“Then we’ll see how many matches are left.”