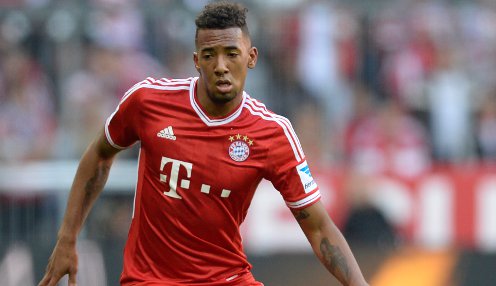 Bayern Munich defender Jerome Boateng has defended Pep Guardiola’s record at the Bundesliga giants and insisted they will be Champions League challengers next season.

The former Barcelona coach has come in for criticism from some quarters after he failed to guide Bayern beyond the Champions League semi final in his first two seasons at the helm.

Boateng however insists it is not easy given the quality of opposition amongst Europe’s top teams.

He always wants to make every player better every day and I’m really interested and excited to see that.

“There are other strong teams, when you see Madrid, Barcelona, Chelsea, we are not the only team on the planet,” he said.

Bayern have secured back-to-back German titles under Guardiola and Boateng is happy working under the Spaniard.

“For me, (he) is one of the best coaches I’ve ever met. He’s super clever and tactically really good, and he knows how to speak to us, how to motivate us and that’s what it is like.

“He’s a really great coach and I’m really happy I can train under him,” the 26-year-old German international said.

Bayern are 6.00 to win the Champions League next season and according to Boateng, Guardiola will make them stronger for the challenges ahead.

“It always interesting because he’s always coming up with new ideas. He always wants to make every player better every day and I’m really interested and excited to see that,” he said.

Barcelona will be eager to become the first team to successfully defend the Champions League trophy, they are 4.33 to win again next term, but Boateng feels Bayern could have run the La Liga side much closer last season if they had a full squad.

“We (had) been missing also David Alaba, who is a key player for us, and Arjen (Robben) and Franck (Ribery). It’s like when you take from Barcelona Messi, Neymar and Iniesta.

“We lost against a better team over two games, so next season I hope we’re going to meet them again and then we try with a different team,” he added.

Bayern Munich are 1.10 to win the Bundesliga title next season.