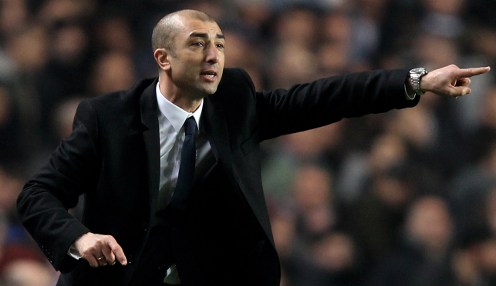 Roberto Di Matteo has decided to leave Schalke after a matter of months in charge, with the Bundesliga outfit plotting a new approach for next season.

The 44-year-old had only been in charge in Gelsenkirchen since October, but has opted to move on after holding talks about plans for the future with sporting director Horst Heldt.

Although the talks were always constructive, it became clear that the club wants to go in a different direction.

Di Matteo, who guided Schalke to sixth place in the league this season, told the club’s official website: “Horst Heldt and I didn’t just digest the past seven months, but also directed our attention towards the upcoming season.

“I demonstrated my plan for a successful future and explained what circumstances I felt were vital for that. Although the talks were always constructive, it became clear that the club wants to go in a different direction.”

Elsewhere, Stuttgart have appointed Alexander Zorniger as their new head coach, having secured their top-flight status on the final day of the season with a 2-1 win at Paderborn.

The 47-year-old former RB Leipzig tactician has signed a three-year contract with the Die Schwaben, with sporting director Robin Dutt confident that he is the right man for the job.

He told the club’s official website: “We have a concept for the club in our heads that fits in very well with the ideas and playing style of Alexander Zorniger. The focus is on returning to and identifying with the VfB school of thought.

“At VfB, there will be one standard playing concept which will apply to all teams at all levels once again. We want to return to our own identity.”