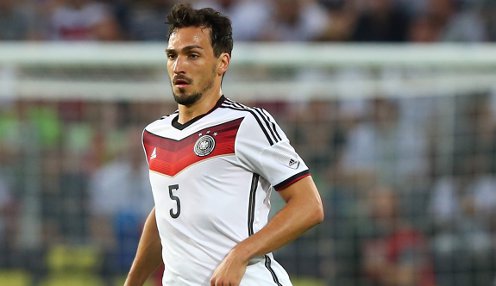 The 26-year-old is under contract at the Westfalenstadion for another two seasons, but recently admitted that he could be tempted to try his luck outside Germany, having spent the whole of his career to date with Dortmund and Bayern Munich.

Mats informed us that he is thinking about his future and there is nothing wrong with that.

However, Watzke remains calm about the situation, telling Bild: “Mats has a contract with us until June 2017 and we have not received any offers for him yet, so we are relaxed.

“He had a conversation with sporting director Michael Zorc two weeks ago. Mats informed us that he is thinking about his future and there is nothing wrong with that.”

Manchester United have been strongly linked with an interest in Hummels, with the Red Devils also thought to be keeping tabs on Austria defender Aleksandar Dragovic, who currently plays for Dynamo Kiev.

And United and other potential suitors were given hope last week when Hummels told Kicker: “I am yet to make a decision about my future.

“Everyone knows how much I love it at Dortmund, but I also want to make sure I’m part of a strong team with powerful players.

“Basically, I think moving abroad will be good for my professional and personal well-being. Eventually, I’d like to leave the Bundesliga.”

United can be backed at 1.25 to finish in the top four in the Premier League this season, with Liverpool 4.33 and Arsenal 1.083.