Immobile loaned out to Sevilla 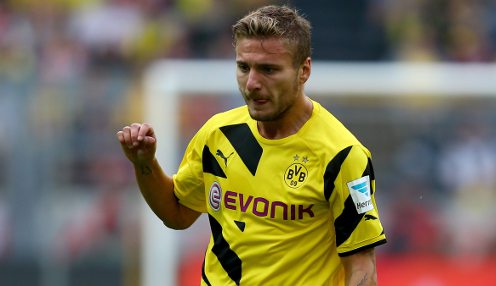 The 25-year-old former Torino frontman scored just three times in the Bundesliga last season, struggling to make an impact as Dortmund had to recover from a dismal first half of the season.

And Immobile, who was also linked with a return to Italy to join Napoli, will hope for better luck at the Sanchez Pizjuan, with Sevilla having gained a Champions League spot for next season.

Immobile had previously admitted that he had a difficult decision to make this summer, with his future at Dortmund looking far from secure.

He told reporters last month: “Next year there are the Euros and I want to be a protagonist for Italy.

“That’s not to say it can’t happen at Borussia Dortmund because they have changed the coach and that could create new opportunities, but I might not stay at Dortmund.

“I played more at the start of the season, then the coach opted to keep just Pierre-Emerick Aubameyang in attack and results improved, so I was left out.”