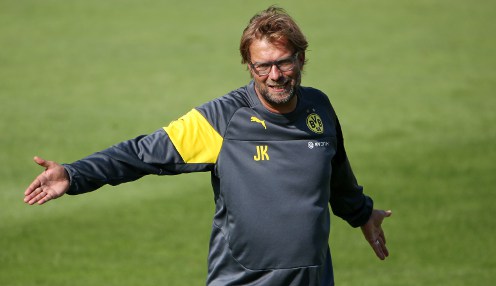 Borussia Dortmund manager Jurgen Klopp is hopeful his side can make home advantage count when they face Bayern Munich on Saturday evening.

Dortmund suffered a nightmare first half of the season and were bottom of the table as recently as February.

However, Klopp’s side have finally got their act together and are now unbeaten in seven league outings – a run that has allowed them climb to 10th in table.

That means Dortmund have shifted their focus towards securing European football for next season, with a Europa League spot now within their compass.

Pep Guardiola’s champions meanwhile are ten points clear at the top of the table ahead of their visit to the Westfalenstadion.

Klopp admits the visitors have an advantage in terms of quality but he says that will not deter his troops.

“We don’t think that we are at the same level as Bayern. But we have also never thought that we don’t have a chance,” he said.

Dortmund are 3.10 to defeat Bayern, who are 2.30, with the draw 4.20. Klopp insists his team can match the champions on home soil, no matter what the circumstances.

“Even though we are 10th, even though the gap in points in the table is huge, even though a lot is different than it was in the past, it is a home game and that is something that we have generally always taken advantage of before,” he added.

Bayern will be without the services of wingers Franck Ribery and Arjen Robben as well as attacking full-back David Alaba but they will have a couple of former Dortmund stalwarts in their ranks and Klopp is wary of his former stars.

“Bayern will have Thomas Muller, Mario Gotze and Robert Lewandowski available in attack. I have heard of worse attacking line-ups,” the Dortmund manager said.