Muller all but confirms Bayern future 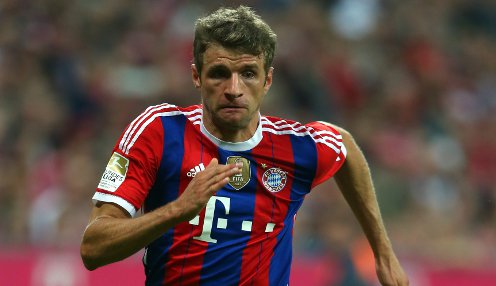 Bayern Munich forward Thomas Muller has seemingly vowed to remain with the German champions for the rest of his career.

The 25-year-old has been linked with a possible move away from the Allianz Arena after a falling-out with head coach Pep Guardiola, but Muller says he is no rush to go anywhere.

He posted a picture on Instagram with the caption: “I was born here. I grew up here. I’ll end here.”

Muller has won four league titles, three German Cups, the Champions League and the FIFA Club World Cup with Bayern, while he was also a key member of the Germany side who won the 2014 World Cup in Brazil.

Meanwhile, Jurgen Klopp says he is set to take a break from the game after ending his seven-year stint in charge of Borussia Dortmund.

The 47-year-old, who has been linked with a number of top clubs across Europe, said after seeing his side lose in the DFB-Pokal final to Wolfsburg: “After seven intense and emotional years, I think it’s a good idea to let the numerous memories settle in before I take on a new challenge with my team refreshed and motivated.

“I’m going to take a break until further notice.

“It’s not that I’m tired. I always said that when I believe I am not the perfect coach anymore for this extraordinary club I will say so.”