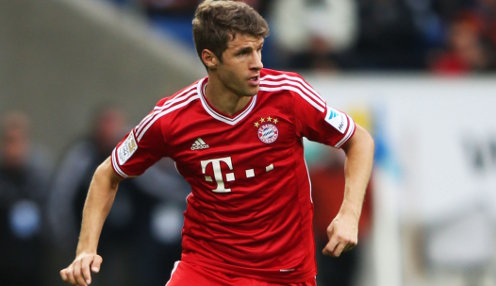 Thomas Muller has said Bayern Munich are wary of a Borussia Dortmund backlash when the new Bundesliga season gets under way.

“One particular goal comes to mind. No team has ever won the Bundesliga title four times in a row. It’s never happened before.”

BVB by contrast entered the mid-season winter break bottom of the league and in danger of relegation from the top flight, in an alarming drop from the form which had seen them challenge the Bavarians for domestic supremacy in recent years.

The Signal Iduna Park outfit will start the new season with Thomas Tuchel as the successor to long-serving head coach Jurgen Klopp and Germany international Muller has predicted a renewed effort from Dortmund.

“They’ve changed their coach, they still have a great squad. Everything doesn’t change that fast,” the World Cup winner told reporters.

“Obviously Dortmund haven’t played a good season, not for their own standards as well. Everybody knows that.

“However, everybody knows how difficult it is to win a match against Dortmund. I think it’s nice if things shake up a bit, as long as first place doesn’t change.”

The 25-year-old already has four Bundesliga titles but says Bayern have set their targets on becoming the first German side to win four in a year.

He added: “One particular goal comes to mind. No team has ever won the Bundesliga title four times in a row. It’s never happened before.

“There are many records which we have broken or missed out on over the last few years and I like this particular one very much. It would be great and that’s what we’ll work for.”

Bayern Munich are curently priced 1.10 in the Bundesliga outright betting and 6.00 to win next season’s Champions League.