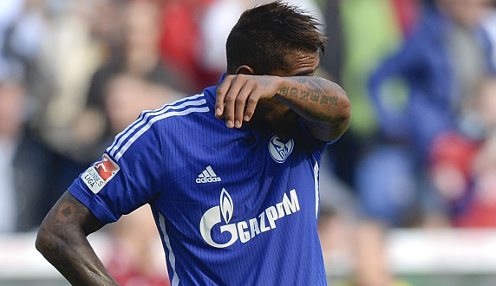 Schalke have reacted to the weekend defeat to Cologne by releasing midfielder Kevin-Prince Boateng and striker Sidney Sam with immediate effect.

The 2-0 loss left Schalke sixth in the Bundesliga table and put their European hopes in jeopardy as Borussia Dortmund and Werder Bremen are now only two points behind them.

Schalke, who reached the last-16 of the Champions League this season before being edged out by Real Madrid, 8.00 to beat Juventus 2-0 in the second leg of their semi-final clash, have only won one of their last eight league games.

“Kevin-Prince Boateng and Sidney Sam have been released with immediate effect,” the club said in a statement.

“Marco Hoeger is suspended from training and matches until Saturday.”

Former Ghana international Boateng moved to Schalke from AC Milan and has also played for Hertha Berlin, Tottenham and Portsmouth during his career.

Sam, who has won five caps for Germany, started only seven league games for Schalke this season following his arrival from Bayer Leverkusen last summer. The 27-year-old has also had spells at Hamburg and Kaiserslautern during his career.

Schalke are 1.57 to beat Paderborn in their next match this weekend.

Don’t forget, all Bundesliga matches are covered by the bet365 100% Euro Soccer Bonus, where you could earn a bonus of up to 100% on your returns on pre-match accumulator bets. T & Cs apply.