Tuchel to take up Dortmund reins 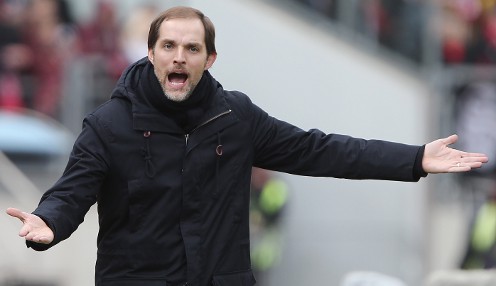 Borussia Dortmund have confirmed that Thomas Tuchel will take charge at the club in the summer, with Jurgen Klopp having announced that he will move on at the end of the season.

Forty-one-year-old Tuchel, like Klopp before him, made his coaching name with Mainz, leading Die Nullfunfer to fifth place in the Bundesliga in 2010/11 and seventh place last season.

I know how many games we have remaining and how many points are still up for grabs. That’s the only thing I care about at the moment.

However, Tuchel left the club at the end of the 2013/14 campaign and has been taking time out during the current season, having been linked with the likes of Hamburg and Newcastle United.

Tuchel has agreed a three-year contract with BVB, who are eighth in the Bundesliga following a 3-0 win at home to Paderborn on Saturday.

Meanwhile, Klopp has again hinted that he may take time away from the game before taking up a fresh challenge away from the Westfalenstadion, while insisting that his focus remains on trying help Dortmund secure a Europa League spot.

“I have absolutely no time to think about my future and it’s not really important right now,” Klopp said after the win over Paderborn.

“Everything is possible. My staff and I could rest for one year, but at this time nobody knows what will happen.”

“I want to bring my time here to an end. I know how many games we have remaining and how many points are still up for grabs. That’s the only thing I care about at the moment.”

Dortmund, who face Bayern Munich in the semi-finals, are 5.50 to win the DFB-Pokal this season, with Bayern 1.66 and Wolfsburg – who face Arminia Bielefeld in the other semi – 3.50.